On the 7th of August Ecocash Zimbabwe tweeted, ‘Do not PAY EXTRA to cash out. Report all cases of Ecocash Agents charging you extra to Cash Out’. This obviously led to a variety of responses from the public which I shall be discussing in this article. Though this tweet was directed at Ecocash Agents doing such activities it’s also worth mentioning that it’s not just them alone. The incidence of having to pay extra is now the norm even when getting cash from a non-agent. So let’s take a look at people’s reactions to the tweet.

Demand For Cash Is Still High

Some of the comments echoed this sentiment which actually is the catalyst for these illicit dealings. Cash is now extremely hard to get; gone are the days when you could easily cash out anywhere. Thus the demand for cash presents a metric that agents capitalize on by charging extra whilst customers accept to pay extra. People actually pay extra with a sigh of relief for having at least found the cash. So for as long as cash is scarce the incidence of being charged extra will continue. Someone even said that supposing the agents are arrested who then will provide the much-needed cash. That somehow tells you that the public has grown accustomed to and is somewhat understanding of the issues involved. The other issue that came out is that most of the agents source cash at steep rates so they pass on that burden to customers by charging extra.

All Agents Are Doing This

There was a concurrence that spun across most of the comments which is the fact that all agents are doing this. Some even suggested that Ecocash in collaboration with the police should simply form a task force to go bring culprits to book. Since all agents are charging extra the exercise wouldn’t even be difficult to do. This brings me to the next major point cited:

Ecocash Is Being Insincere

Most people indicated that Ecocash agents’ charging extra for cashing out is no secret. Some even highlighted that they had on numerous occasions reported culprits to Ecocash. Despite all those efforts to report most people said no action had been taken. So if it’s public knowledge that virtually all Ecocash agents are charging extra for cash outs then Ecocash knows too. That being the case automatically demonstrates insincerity on the part of Ecocash for not addressing an issue they know is in existence. Some even quizzed Ecocash on why they can’t just trace activities on all agent lines after all, they own the system. The other concern of insincerity comes from the fact that, in principle, the more the transactions on the Ecocash platform the better for them – they’re realizing revenue. So some feel that their ‘concern’ is as good as feigning care for customers yet they’re actually benefitting from what’s on the ground.

How About Only Econet Outlets Do The Cash Outs?

When you muse on this issue you obviously find yourself thinking it would be better if there were some alternative way of cashing out. Ideally, it would be about coming up with a way that safeguards the transacting public from being charged extra. Actually, I found one interesting comment by someone who suggested that all agent lines be closed. The rationale of their comment was that people would then only do cashouts at Econet outlets. That way they would ensure there’s no way people get charged extra for cashing out. Hypothetically this sounds like a great idea but has certain issues to consider. Rolling out such a framework would need more Econet outlets all across the country to cater to the huge mobile money market Ecocash commands. Another angle, supposing this is done, this wouldn’t address the issue of people doing cash outs using non-agent lines. People would simply dump the agent lines and continue the illicit dealings with their ordinary lines.

Some Ecocash Staff And Management Are Complicit

Some comments made pointed out that some of the agents are run by Ecocash staff or management. Thus such agents’ operations would be fed and sustained by Ecocash personnel. So this point begins to make sense when you realize that Econet hasn’t cracked down on culprits yet being fully privy to what’s going on. Come to think of it, cracking down on culprits can be easily done in a day but nothing is really being done. People feel that the very people working at Ecocash are possibly equally guilty.

The major factors leading to such illicit dealings are macro-economic. The prevailing operating environment is riddled with cash challenges which make access to cash expensive. The agents themselves have to source cash at high rates which lead to them charging extra to recoup costs and make a profit. So Ecocash Zimbabwe’s mere act of tweeting saying agents shouldn’t pay extra won’t really help anything. After all, so many people have made reports to them about illicit dealings by agents but nothing definitive ever seems to get done.

Ever Wanted To Buy Building Material Online In Zimbabwe? – Check Out Vaka 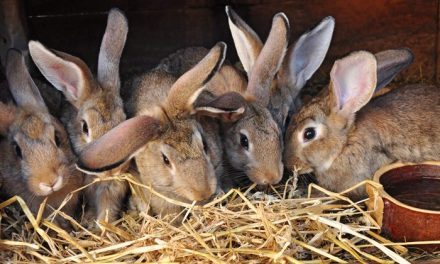