10 books based on big businesses 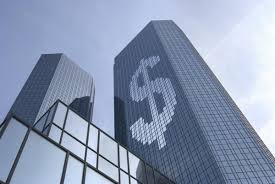 During a recent discussion with peers, many bemoaned the utility of books by what they called motivational speakers. To be clear they referred to people who have produced material that wasn’t practical to their business efforts. This is of course magnified by the economic situation we find ourselves operating in. We arrived at a consensus that it was far better to read books written by people with proven practical track records and experience. And so I’ve decided to suggest here 10 books that focus on ideas, businesses or people that have a proven evidence track record of building some other biggest and most successful businesses in the world.

As you will see I have attempted to provide a diverse list that includes fast food, technology hardware, technology software, e-commerce, entertainment and transport among others. When I wrote about critical thinking I mentioned books as a great way to gain perspective or diversity of thought. I hope the diverse array is an asset to you.

The everything store (Amazon)

Amazon.com started off delivering books through the mail. But its visionary founder, Jeff Bezos, wasn’t content with being a bookseller. He wanted Amazon to become the everything store, offering limitless selection and seductive convenience at disruptively low prices. To do so, he developed a corporate culture of relentless ambition and secrecy that’s never been cracked. Until now. Brad Stone enjoyed unprecedented access to current and former Amazon employees and Bezos family members, giving readers the first in-depth, fly-on-the-wall account of life at Amazon. Compared to tech’s other elite innovators–Jobs, Gates, Zuckerberg–Bezos is a private man. But he stands out for his restless pursuit of new markets, leading Amazon into risky new ventures like the Kindle and cloud computing, and transforming retail in the same way Henry Ford revolutionized manufacturing.

In 2008, Howard Schultz, the president and chairman of Starbucks, made the unprecedented decision to return as the CEO eight years after he stepped down from daily oversight of the company and became chairman. Concerned that Starbucks had lost its way, Schultz was determined to help it return to its core values and restore not only its financial health but also its soul. In Onward, he shares the remarkable story of his return and the company’s ongoing transformation under his leadership, revealing how, during one of the most tumultuous economic times in history, Starbucks again achieved profitability and sustainability without sacrificing humanity.

McDonalds behind the arches

Perfect for fans of The Founder, this is the real-life story of the world’s premier entrepreneurial success.

The growth of McDonald’s worldwide continues to astonish. In tough financial times, McDonald’s proved that ingenuity, trial and error, and gut instinct were the keys to building a service business the entire world has come to admire.

McDonald’s has been a trendsetter in advertising, focusing on different demographics as well as the physically disabled. McDonald’s created McJobs, a program that employs both mentally challenged adults and senior citizens. And because its franchisees have their fingers on the pulse of the marketplace, McDonald’s has evolved successfully with the health food revolution, launching dozens of new products and moving toward environmentally-safe packaging and recyclable goods.

Wild Ride is the first truly inside look at Uber’s global empire. Veteran journalist Adam Lashinsky, the bestselling author of Inside Apple, traces the origins of Kalanick’s massive ambitions in his humble roots, and he explores Uber’s murky beginnings and the wild ride of its rapid growth and expansion into different industries.

Lashinsky draws on exclusive, in-depth interviews with Kalanick and many other sources who share new details about Uber’s internal and external power struggles. He also examines its doomed venture into China and the furtive fight between Kalanick and his competitors at Google, Tesla, Lyft, and GM over self-driving cars. Lashinsky even got behind the wheel as an Uber driver himself to learn what it’s really like.

Based on more than forty interviews with Jobs conducted over two years—as well as interviews with more than a hundred family members, friends, adversaries, competitors, and colleagues—Walter Isaacson has written a riveting story of the roller-coaster life and searingly intense personality of a creative entrepreneur whose passion for perfection and ferocious drive revolutionized six industries: personal computers, animated movies, music, phones, tablet computing, and digital publishing.

While building the Virgin Group over forty years, Richard Branson has never shied away from seemingly outlandish challenges that others (including his own colleagues on several occasions) considered sheer lunacy. He has taken on giants like British Airways and won, and monsters like Coca-Cola and lost.

Now Branson gives an inside look at his strikingly different style of leadership. Learn how fun, family, passion, and the dying art of listening are key components to what his extended family of employees around the world have always dubbed (with a wink) the “Virgin Way.”

Marshall Phelps’s remarkable eyewitness story offers lessons for any executive struggling with today’s innovation and intellectual property challenges. Burning the Ships offers Phelps’s dramatic behind-the-scenes account of how he overcame internal resistance and got Microsoft to open up channels of collaboration with other firms.

Discover the never-before-told details of Microsoft’s secret two-year negotiations with Red Hat and Novell that led to the world’s first intellectual property peace treaty and technical collaboration with the open-source community Witness the sometimes-nervous support Bill Gates and CEO Steve Ballmer gave to Phelps in turning their company around 180 degrees from market bully to collaborative industry partner Offers an extraordinary behind-the-scenes view of the high-level deliberations of the company’s senior-most executives, the internal debates and conflicts among executives and rank-and-file employees alike over the company’s new collaborative direction There are lessons in this book for executives in every industry-most especially on the role that intellectual property can play in liberating previously untapped value in a company and opening up powerful new business opportunities in today’s era of “open innovation.” Here is a powerful inside account of the dawn of a new era at what is arguably the most powerful technology company on earth.

An engrossing, insider’s account of how a teacher built one of the world’s most valuable companies—rivalling Walmart & Amazon—and forever reshaped the global economy.

In just a decade and a half Jack Ma, a man from modest beginnings who started out as an English teacher, founded and built Alibaba into one of the world’s largest companies, an e-commerce empire on which hundreds of millions of Chinese consumers depend. Alibaba’s $25 billion IPO in 2014 was the largest global IPO ever. A Rockefeller of his age who is courted by CEOs and Presidents around the world, Jack is an icon for China’s booming private sector and the gatekeeper to hundreds of millions of middle-class consumers.

Duncan Clark first met Jack in 1999 in the small apartment where Jack founded Alibaba. Granted unprecedented access to a wealth of new material including exclusive interviews, Clark draws on his own experience as an early advisor to Alibaba and two decades in China chronicling the Internet’s impact on the country to create an authoritative, compelling narrative account of Alibaba’s rise.

Even in today’s economic climate, when so many investors and major companies are failing, Warren Buffett continues to be successful in all aspects of his life. Mary Buffett and David Clark have written the first book ever to take an in-depth look at Warren Buffett’s philosophies for personal and professional management — what they are, how they work, and how you can use them.

Through close examination of Warren Buffett’s life and career from his earliest days to now, Buffett and Clark shed light on his decision-making processes and reveal his strategies for keeping on track and maintaining focus. They examine Buffett’s inimitable leadership qualities and explain how Warren integrated what he learned over time into a winning management formula and became not only the manager whom other managers want to emulate but also the second richest man in the world.

In 1983, Michael Dell, a freshman at the University of Texas at Austin, drove away from his parents’ Houston home in a BMW he’d bought selling subscriptions to his hometown newspaper. In the backseat were three personal computers. Today, he is the chairman and CEO of Dell Computer Corporation, a $30 billion company and the second largest manufacturer and marketer of computers in the world.

Founded on a deceptively simple premise-to deliver high-performance computer systems directly to the end user-Dell Computer is the envy of its competition. It has consistently grown at two to three times the industry rate, its stock went up more than 90,000 per cent in the last decade, and Dell is now selling more than $35 million worth of systems per day over “In Direct from Dell,” you will learn why it’s better for any business starting out to have too little capital rather than too much, why your people pose a greater threat to the health of your business than your competition, how you can exploit your competition’s weakness by exposing its greatest strength, how integrating your business virtually can make the difference between being quick -and being dead and much more. 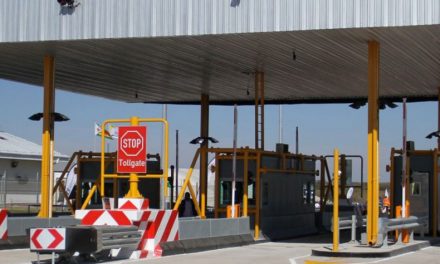 Government shuts down service stations for accepting cash only 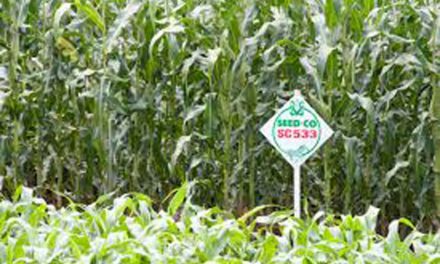 SeedCo is back on the ZSE; what happened? 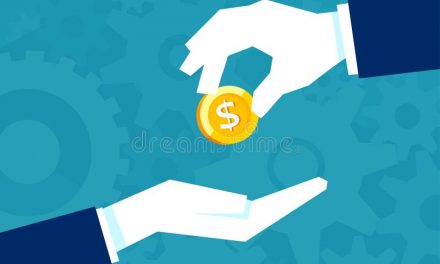